“Diversity” is a buzz word among educational institutions these days, and I sometimes get a bit tired of hearing it. Diversity as a buzz word becomes like a dead metaphor; we stop thinking about what it means.

Yet when I am reading about biology or evolution, “diversity” flowers into meaning again. 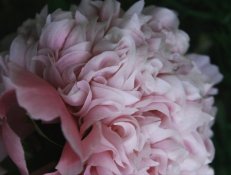 Also, after the reading I recently gave, a thoughtful member of the audience remarked upon how literal and concrete the poems in my first book are–especially compared with some of the more speculative and abstract poems I read in response to the “questioning” theme.

Has my writing become less concrete over the years, I wondered. The response is yes and no. In some respects, my poems convey specific and concrete images and actually-possible events, but a mixing tends to occur between & among the lines. Even in that first book: it is, in fact, about building a house. (Concrete was involved!) As I composed the poems that make up the book, however, I realized how metaphorical the whole idea of house, home, hearth, shelter is. Think of the imagery of a house and ingrained, almost mythical connotations arise. The window. The door. The key. The roof. The rooms (stanza means “room” –even the poem offers shelter).

So back to diversity–there is, in the world of poetry and poetics, diversity of form, just as in biology. There are “set forms” such as the sonnet, which turns out not to be quite as “set” as might be expected (see this entry at The Academy of American Poets and this one by Rachel Richardson at the Poetry Foundation). I love diversity of form and have experimented throughout my life with different strategies of written expression, sometimes sound-based or rhythm-based or image-based or codified by the “rules.” I have also broken the rules just for fun, often to good effect. Free verse, metrical verse, alliteration, allusions, puns…I love them all.

The downside of such play, if this can be considered a downside, is that winging it the way I do–as to formal approaches–means that my collected work does not fit a style. I wonder if that is why my second full-length collection languishes unpublished. It’s entirely possible that the poems in The Red Queen Hypothesis are not very good poems. Critical feedback has suggested that isn’t the problem, though (whew!). The problem may be diversity! Publishers, like most human beings, love to categorize. What does not nestle into categories becomes the odd duck. 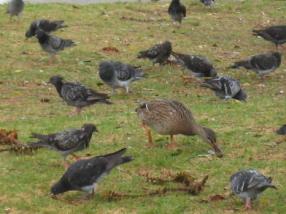 The reason I chose these poems for this collection, however, has much to do with varieties. The poems deal with the abstract and the biological, the cosmological and the everyday. They stem from a notion that life evolves continuously, making each object and being individual as part of an ever-changing, meshing, chaotic and– paradoxically, but of course!–unified universe. Uni (one). Verse (a pun). The underpinning of The Red Queen Hypothesis is diversity, though that may not be its theme.

So I am not planning to revise the already-much-revised collection; I’ll just persist in sending it out to publishers while hope springs eternal. In the meantime, I have been pondering where the next set of poems is headed. Possibly along the edges. It will be interesting to find out.