A draft, inspired by the book Meetings with Remarkable Manuscripts and related to a series of poems titled “Self Portrait as…”

Self Portrait as Illuminated Manuscript

This one exhibits some damage:
a missing folio, signs of mildew
and rodent chewing—calfskin a protein
and rats inevitably hungry.

It lacks signs of eminence (even books
have breeding), meant for use
and not for show. No burnished gold
for the initial letters, no sign of patronage

or dedication, though the illustrator
had a talent for small birds and
winsome sheep. The marginalia’s
interesting for what it doesn’t record–

genealogy absent, no list of relics
or property. The uncial style, workman-
like and unremarkable; the parchment
rough, irregularly cut; the binding,

of the book. Scribe correcting his copying
error, following his exemplar. Illuminator
in his carrel, sketching foliage and dove,
flair of alphabet and the glory of god.

If somewhat the worse for wear after
six or seven centuries, anonymous,
modest, pedestrian, this manuscript’s
survived. That is one of its merits.

Honestly, I originally wrote the last line as “That is its only merit.” But I felt that was disingenuous, particularly given the title and the series of poems I’ve composed on this semi-ekphrastic self-portrait theme. Probably I possess other merits. As would any surviving medieval book.    🙂 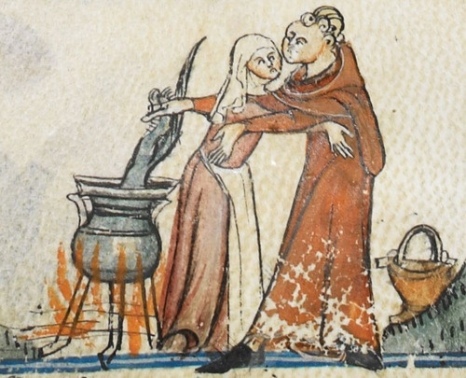 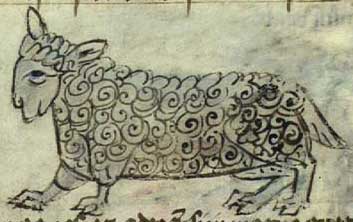