Speaking of February, here’s a poem trying to make amends for my dislike of the briefest month. This apology appeared in Prairie Wolf Press Review*, and I may include it in my next collection (whenever that may be).

For years I have held February
answerable to many sorrows
as though the month itself
were responsible for its appearance:
the dour days too short, long nights
steeped in frosty bitterness.
Resigned to hibernation,
February made me sleepy.
Dulled my skin, sucked dream
into a cold vacuum
like a vacant acre of outer space,
a stone of ice upon my chest.

But today, I watch a small herd
of yearling deer file gingerly along
the hedgerow over crusted snow
and sense thaw within.
The days, brief, are nonetheless
beginning their shadowy
stretch into spring. It is the month
owls urge themselves
toward mating, their querying calls
strung along night’s bare branches;
the month buzzards return
from foraging the more southerly dead.

Skunks break dormancy amid
tussocks of snowdrops;
sometimes, the hellebore blooms.
I have been observing February
from all the wrong angles.
No, this is not the wild greening of April
nor the fragrant abundance of June,
but it is something that deserves better
than repudiation or scorn.
To February, which has given me much
besides unhappiness, I offer my apology.

I am trying really hard to learn to like February.

I already yearn for these blooms, which often open this month:

snowdrops photo by Pixabay on Pexels.com 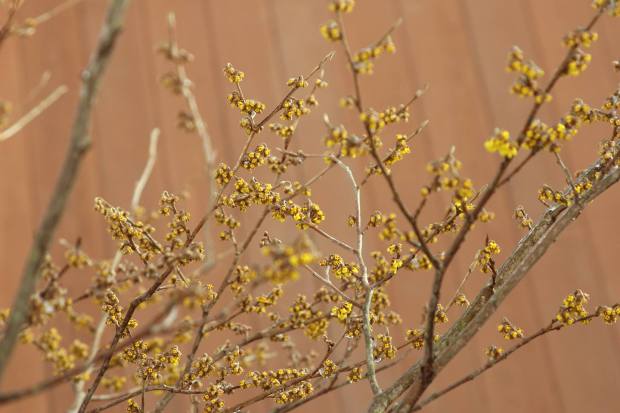 Indeed, the snowdrops are emerging slightly; I see hints of white amid the tufts of deep-green leaves. The winterhazel buds haven’t really swelled just yet, though. Some years, we have hellebore and dwarf irises in February–it isn’t entirely drab, grey, chilly, and wet for 29 days. Reminding myself of that helps a little. Why, we had one warm and sunny day earlier in the week! The flies and stinkbugs buzzed about drowsily, and the birds made a little more noise than usual.

But part of me says–oh, wait a bit. There could be plenty of snow in March. 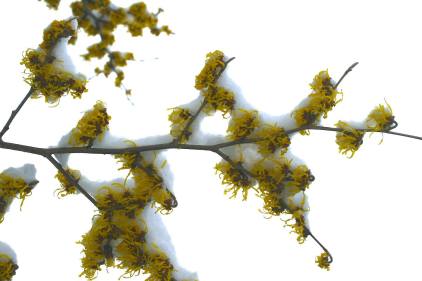 How to allay the anticipation-stress that sits heavily on me, body and soul, this month?

J. P. Seaton’s translation of Han Shan (I own a copy of this book):

There is a man who makes a meal of rosy clouds:
where he dwells the crowds don’t ramble.
Any season is just fine with him,
the summer just like the fall.
In a dark ravine a tiny rill drips, keeping time,
and up in the pines the wind’s always sighing.
Sit there in meditation, half a day,
a hundred autumns’ grief will drop away.

I am not much for sitting in meditation, but Han Shan suggests it might do me some good–so that the griefs fall away, so that any season is “just fine” with me.

I am going to go out on  a limb here and make a blanket statement: Revision should be every writer’s middle name.

I tell this to my Comp-Rhet introduction to academic writing students all the time, but they have difficulty figuring out how to revise effectively. There are good tactics out there, but they do not work for everyone; how a person thinks and learns and processes information varies considerably. Lately, I have been using a strategy I teach to students writing essays to revise my poems. I ask myself: how is this poem organized? Is the structure working with or against the poem? Too predictable, or not predictable enough?

Just as in a well-wrought prose piece, a poem’s obvious and underlying structures matter a great deal in how well it “works” for a reader. It’s also an aspect of writing that people tend to overlook, so analysis of structure in the revision stage can be useful.

Another revision strategy I have been mulling over recently coincides closely with what Grant Clauser describes in this post, The Poem Is the Question. He writes:

I’ll scrounge around in the poem to try to find what it’s asking. If I figure out the question or the motivation in the poem, then I’m better equipped to solve its problems… Sometimes it helps to actually put a question in the poem–either as a crutch that you’ll eventually remove–or as a permanent part of the poem. A question is a pretty interesting part of speech in that it’s one of the few that almost always demands a response from the reader.

I have found myself going back to a draft and asking, “What got me going on this poem? Do I even recall? Is the impetus an interesting one? If not, can I change it?” Clauser suggests a more specific kind of investigation, and it’s one I have been employing today (snow and ice out there and the roads are lousy, so the campus is closed–hooray for a half day of unexpected free time).

Lesley Wheeler has also recently blogged about revising. She observes that the word revision, which places “emphasis on ‘looking anew’ doesn’t entirely capture” the process of late-project revision. She’s listening to her own words aloud as she revises…another approach that has worked for me.

Maybe the month of February calls to us as a quiet time of yin creativity, which is a way of looking at revision as an inwardly-focused energy–as opposed to marvelous bursts of creativity from inspiration or the much-vaunted Muse. The lunisolar calendar used for centuries in Asia calls February the first month of spring (立春  lìchūn)! I had better keep at the revising, therefore. Before I know it, yan energy will return with the start of the gardening season in eastern Pennsylvania.

Isak Dinesen: “I write a little every day, without hope and without despair.”

Some days, the little is…quite little. I am not exactly taking a break from reading and writing, but a great deal of my reading these days is student-written work; and the writing tends to be corrective.

There are also events in one’s life that tend to push back against the time needed to dwell on creative things.

Kurt Vonnegut: “So it goes.”

I’m re-reading Descartes. The best part of his philosophical writing, in my opinion, deals with his conscious desire to remove all prejudicial thinking from his mind. I have my doubts as to his success in that regard, but I love the splendidness of trying to attain the mental tabula rasa. Open-mindedness, a virtue more human beings should strive to embrace.

And there is also exhaustion, pure and simple. Some days, I need my rest.