I’m an introvert. I need and, indeed, quite enjoy people–but in small groups and short doses. Much as I love you, I may still need to retire alone with a book or journal or a long walk in the meadow by myself to re-charge my energies, which are low enough to begin with these days. 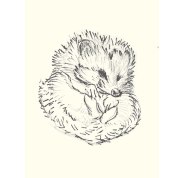 I think of that as alone with my Self. But recent reading along neurological, evolutionary, and psychological lines has me questioning this Self that seems to own its singular consciousness, and makes me consider the self-less consciousness of, say, Zen Buddhism.

Finding the mechanisms of consciousness will not mean we lack a true self. It’s just that this self looks less and less like what most of us picture in our heads–an autonomous, unchanging being that has a will all its own, that is the sole, conscious source of our actions, and that distinguishes humans from animals. All animals probably create some kind of representation of their bodies in their brains, and humans simply create a particularly complicated model…

The human self did not reach this complicated state on its own. Thought is more like a node in the social network of our species…The human brain can make a series of unconscious judgments about people…in a fraction of a second. In recent years, neuroscientists have been mapping our the networks that make this social intelligence possible, and one of their most astonishing discoveries is that a picture of the brain thinking about others is not all that different from a picture of the brain thinking about oneself. Some neuroscientists think the best explanation for this overlap is that early hominids were able to understand others before they could understand themselves.      [italics mine]

In the foregoing passage, Zimmer cites Damasio, M. D. Lieberman, and an academic-philosophical article by Endel Tulving (2001) titled “Episodic Memory and Common Sense: How Far Apart?” that basically shows how little we can depend upon our own memories as “fact” and how deeply we engage in forms of storytelling to connect our memory episodes. It is possible that our general knowledge of things-as-they-are (including the behavior and “minds” of other beings) evolved before our ability to recall episodes of experience. Tulving writes:

…when we wonder which came first, episodic memory (experiences) or semantic memory (facts), common sense tells us that the answer is episodic memory. Information gets into semantic memory “through” episodic memory: First an individual has a particular experience in the course of which he, say, learns a new fact, and later on he can use the knowledge thus acquired independently of any remembering of the original learning episode as such.

This is what many experts in the area of memory have believed (and many still do) ever since the distinction between episodic and semantic memory was drawn. The careful reader of papers in this issue will be able to spot statements to this effect in various chapters. Nevertheless, although the jury is still out on this question, and although the final answer may turn out to be of a kind that almost always is reached at the end of debates (“well, it all depends”), I believe that the correct view is the reverse of common sense: information gets into episodic memory through semantic [general knowledge] memory.

He closes with the observation that “evolution is an exceedingly clever tinkerer who can make its creatures perform spectacular feats without necessarily endowing them with sophisticated powers of conscious awareness.” Darwin would not disagree.

Now to mull over the idea that my self is part of a wide-ranging network of human relationships, and hence not so entirely my “own.” Ha–I find myself of two minds (or more!) on this one.  😀