It’s a bad idea to get into gardening if one happens to be someone who requires complete control of things. Nature’s behavior, it turns out, manages seldom to be controllable by human beings. One reason I enjoy gardening is the chance to keep trying a new approach, a new variety, a new method; if I cannot control the environment, I may at least find an adaptation that works for awhile.

This year, it’s a short-season, baseball-sized melon I’m experimenting with, and potatoes grown in a bag, and hard beans in addition to haricorts vert, and a different set of heirloom tomatoes. The method I developed some years ago to deal with insect-borne and moisture-spread viruses on zucchini no longer works for me, alas. Next year I will try something else–because I do love grilled zucchini. 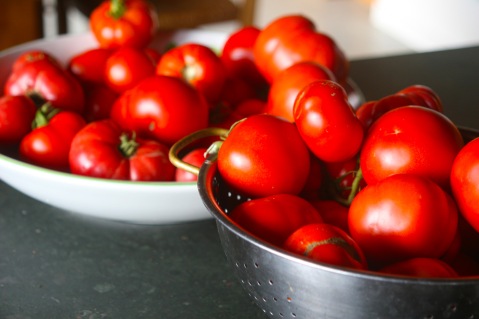 There’s a difference between control and agency, and I’ve been pondering this since the illness and recent death of a long-time friend and fellow writer. Agency, as it has come to be used in psycho-social circles, means having the freedom and the ability to make decisions. It’s not quite the same as controlling–it hasn’t the same aims behind it. Also, agency implies responsibility. Controlling people are more apt to place blame, whereas a person with agency makes choices and accepts the responsibility of those choices.

That’s the sort of person Bill was: gentle, quirky, humorous, exceptionally smart, persistent, and devoted to the people he loved and the causes for which he advocated. He decided what mattered to him, chose the sort of life he wanted to live, and took responsibility for those decisions even when other people might have wanted him to do otherwise. He made, and kept alive, connections and relationships. He worked on being a better self and a better citizen of the world.

When it became clear that two weeks of hospital treatment had made no difference in his illness, he chose to go home under hospice care. I wrote to a fellow member of our writers group that I was a little bit in shock but also unsurprised at his decision. She said that yes, Bill has always believed in agency.

Agency is one of those terms, like mindfulness and intentionality, that can be overused by pop psychology and self-help best-sellers until it is nothing but a cliché.  The etymology tells us much, however:

1650s, “active operation;” 1670s, “a mode of exerting power or producing effect,” from Medieval Latin agentia, abstract noun from Latin agentem (nominative agens) “effective, powerful,” present participle of agere “to set in motion, drive forward; to do, perform,” figuratively “incite to action; keep in movement” (from PIE root *ag- “to drive, draw out or forth, move”).  [Thanks to Etymology Online]

That would be my friend and critic Bill, drawing forth and setting in motion; effective, powerful, someone who could do and incite to action, and make wise and purposeful choices in his life.