Around 1996, my friend and colleague Alla Borzova, a contemporary classical composer of considerable talent, asked me to help her “trans-literate” the libretto of her cantata Majnun Songs from Russian into English. She had composed the piece in Russian, so the English version had to fit the existing music. The cantata is based on the story, made famous in the Arabic world through the works of the poet Nizami, of Majnun and Layla…a story of abiding, and forbidden, love. Majnun, “Madman,” finds his purest self through this unrequited love for Layla as he wanders the desert creating poems praising his beloved.

One selection of Borzova’s cantata that I particularly love is called, simply, “Hymn.”

A hymn is a song, either of praise or worship, usually both. We may worship a god or many gods; or a beloved, human or non-human; or a value or other abstract concept (generally personified) such as nationhood. In this case, the poet worships his Layla.

Wiktionary says–and I have checked several other sources–that the word “hymn” derives from Middle English ymne, borrowed from Old French ymne, from Latin hymnus, borrowed from Ancient Greek ὕμνος (húmnos). Links courtesy of Wiktionary. The húmnos was part of ritual and sung to praise gods or heroes, but the ode genre easily lent itself to songs praising a loved one or merging the idea of human passion with a “higher” passion. Which is one way to read The Song of Songs attributed to Solomon, and which is one way some readers have interpreted the Majnun cycles as well: relating the sexual-passion-into-spiritual-purity to religious fervor, by analogy.

This seems a particularly human level of the consciousness continuum: the ability to blend several similar relationship ideas, as is so obvious in our uses of symbols, metaphors, analogies and similes. The resulting hymns can be wildly transcendent, alloys of passion, lyric poetry, imagery, rhythm, and tones when the music melds with the rest. Schiller’s “Ode to Joy” as presented by Beethoven, for example. Few hymns attain such a pinnacle, but the effective ones–religious and secular–reach listeners in a way similar to the best poetry and create the same kind of surprising prickle in the mind and body. It may be a sense of glory or a sense of awe, or a sudden shiver of beauty, unity, or wholeness, or an indescribable feeling of love greater than oneself, or the awareness of a keen yearning.

Yearning seems to me to be the over-arching tone in Borzova’s “Hymn.” In this two-minute piece, what comes through is a yearning for the beloved so deeply and for so long that what finally matters is not the being-together but love itself–eternal.

You can listen to it here:

In what ways, and through what means, do we relate our lives, our selves, and our world to love? There’s a question I have lately been meditating upon. 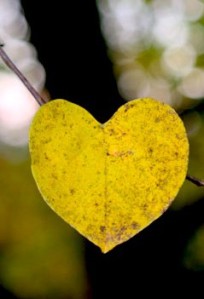