What a society considers beautiful, or of aesthetic value, usually differs little from what it considers to be of cultural value. Such judgment seems natural; but it frequently provides societal blinders because citizens want to avoid what’s ugly, brutal, and complicated. If it’s good, it must be beautiful; if it is beautiful, and has been around a long time, it must be a good symbol for our society.

One thing about a symbol is its simplicity–we think we know exactly what it stands for, and we can admire our own reflections about that shared idea. Except that human perspectives are annoyingly unique, and it turns out we cannot even agree about what a symbol represents, let alone what it means, and whether or not it should be interpreted in the context of the society that created the symbol or in light of the point of view of the person who now perceives it.

Monuments, though we think of them as commemorations or reminders, are intentionally raised up to become symbols or icons in a way at variance with the more common, individual headstones or grave markers. They are not art but society’s major markers. I learned about the difference a decade or so ago on a visit to the University of Pennsylvania Museum of Archaeology and Anthropology (Penn Museum). A tour group was walking through the Ancient Egyptian galleries, and one of the visitors asked the docent about how and when the artistic styles of the large sculptures changed.

“Anthropologists seldom refer to these objects as art, actually,” replied the docent. She went on to add that while they are beautiful and most people think of them as art, the monuments really were indicators of society–status, leadership, importance in the world of the time. While they seem lasting to us, because they’re large or carved of stone, they were created by craftsmen, not artists. No one cared who made them; they were there to tell the people living in the cities, towns, and countryside who was in power, whom to worship, and what the governing powers valued. Many statues were destroyed or vandalized once a nobleman was out of power. It didn’t matter that they were made of stone, or whether they were aesthetically beautiful or made by a renowned craftsman–the figurehead kings or gods were no longer important. They could safely be demolished. 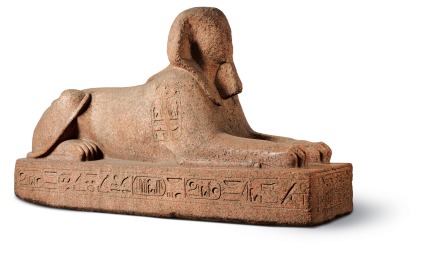 Or re-used. Speaking of palimpsests, read about this sphinx at the Penn Museum’s gallery. The cartouches show definite signs of having been repurposed from a previous pharaoh. “The previous king’s name is entirely eradicated.”

If you suspect I am making an analogy to current events, you suspect correctly. It is human nature to want things to stay as one remembers them, and we tend to feel confused when change occurs rapidly. But renaming, erasure, and destruction of socially-sanctioned monuments has been going on for a long, long time. We should not be as surprised as news media seems to want us to be when monuments become controversial.

The Online Etymology Dictionary says this about the word monument:

late 13c., “a sepulchre,” from Old French monument “grave, tomb, monument,” and directly from Latin monumentum “a monument, memorial structure, statue; votive offering; tomb; memorial record,” literally “something that reminds,” a derivative of monere “to remind, bring to (one’s) recollection, tell (of),” from PIE *moneie- “to make think of, remind,” suffixed (causative) form of root *men- (1) “to think.” Meaning “any enduring evidence or example” is from 1520s; sense of “structure or edifice to commemorate a notable person, action, period, or event” is attested from c. 1600.

Monuments relate to thinking, to memory. We want our thoughts to endure–our society, our “own way of life”–to last forever, because we know we will not last forever.

Monuments have the disturbing quality of often belonging to only one group in a culture, however. The victors, or those who wish they had been victors. The victims, mourned. The powerful, because they have the means to build monuments. Monuments can fade from significance; the culture can change its point of view, making the old statues controversial or useless; new leaders can appear.

I am rethinking what I consider to be cultural and social monuments.

Here’s something I love to hear when my head and heart get too full of complicated histories and emotions: Sam Cooke’s “A Change Is Gonna Come,” sung by Otis Redding. *

* [FYI from Wikipedia: “In 2007, the song was selected for preservation in the Library of Congress, with the National Recording Registry deeming the song “culturally, historically, or aesthetically important.”[2]]